The work of a web designer goes beyond just aesthetics. Usability and user experience is an equally, if not more, important part of a good web design.

While your business could probably survive with an ugly design that gets all of the UX principles right, it most certainly won’t survive with a beautiful design that breaks all of the UX principles. In this article, I explain how we can use Weber’s Law of Just Noticeable Difference, the Psychology principle of Sensory Adaptation, lessons from a recent Microsoft study as well as research on font usage, to have a more solid, conversion-optimized design:

Sensory Adaptation: The Phenomenon that Reveals What Color Converts Best

Let’s play a guessing game: what color converts best? Is it blue, green or red?

If you are like most people who have spent a good deal of time reading articles about conversion optimization, you are likely to say that it is the color red or the color orange. You might even start to bring up examples. But just pause a bit. 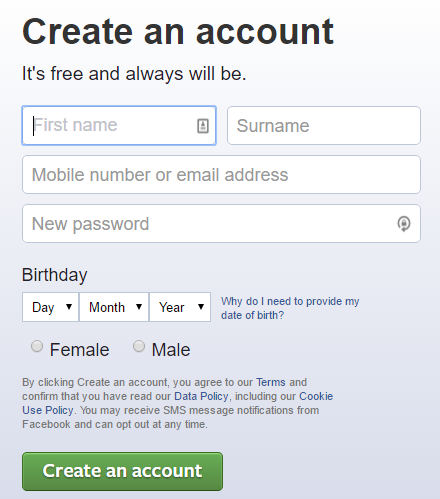 Wait? “Green? Who doesn’t know that that color sucks for conversion?!” The fact remains that Facebook is a major brand that has spent billions on data science and conversion experience, and there’s no doubt that they know what they are doing. While Twitter, Facebook and Amazon act apparently differently, they are actually following a similar, proven Psychology principle that underlie why certain CTAs convert better than others: the Sensory Adaptation phenomenon.

In reality, there’s no best color to use for your CTA or key elements — heck, Twitter uses the white CTA color on their homepage (screenshot below).

In essence, the CTA that stands out the most will convert the most.

Sensory adaptation in Psychology explains our natural tendency to tune out stimulus we are familiar with after a while. That’s how we are biologically wired; once we’ve seen it for a while, we stop noticing it. A different CTA color, however, switches things up and breaks up familiarity, making you take notice. And that’s what boosts conversions.

To many web designers, this has no real implication for their work until they consider the following statistics:

While there are so many factors that influence website load speed, which is what I address when reviewing various web hosts on my site, the fact remains that web design plays a key role in how fast a website loads. Even if you have the best web host with the most powerful server configuration, a poorly designed website with the bloated code could result in users having to wait minutes to access a website.

Speed is one of the most important factors to consider when working on usability. Make speed a core consideration when designing your websites and you will have happier clients.

Research has shown that people prefer an older, more familiar structure even if the newer one is better. For example, students who were given a newer curriculum that will make work much easier for them protested it because it is unfamiliar to them. This is revealing, and a critical factor to consider in your web design.

Weber’s Law of Just Noticeable Difference gives insights into how to deal with people’s natural aversion to change as a web designer. Since people naturally despise change, what if you can make changes without them knowing? Weber’s Law states that the slightest, tiniest changes are not easily noticeable. However, the difference has to reach a stage before it is noticed. Similarly, as a web designer, you can use this principle to make people more responsive to your design changes by making those changes gradual and iterative. They can’t protest what they don’t really notice. And when they finally notice, they’ve become accustomed to the completely new redesign. It will take more time but it will cease the protests.

Font Research: Is There a Best Font?

Some fonts are more appealing than others, and as designers, we all have our natural preferences and quirks when it comes to fonts. But is there really a best font? Not really, at least if we are to purely rely on research.

Research shows that people prefer simpler fonts, and they want these fonts large. That’s all that matter for all they could care about. In fact, when you actually consider this there’s a huge probability that it will indicate that your personal font preference makes your design more complicated.

During your next redesign, focus on a simple font type that is at least 16px in size. It probably won’t make your design very fancy, but people would love it and find it very usable! 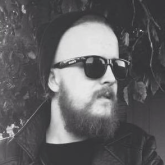 John Stevens is a hosting expert and consultant. He’s the founder and CEO of HostingFacts.com a place you can find the best web hosting reviews based on performance and other factors.