The release of Version 4.0 involved more than a few incremental improvements. It is in fact a game changer. When the theme’s authors incorporated a new page builder into the theme, they knew they had done something good, and they anticipated receiving favorable reviews. What they received instead were rave reviews. Users were not just pleased, they were ecstatic. Version 4.0 features a number of useful and important changes, but one of them is indeed a game changer.

Cornerstone – Built with You in Mind 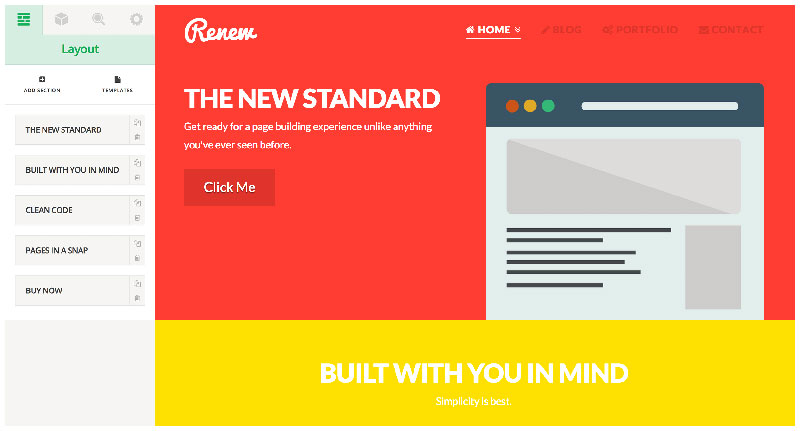 Cornerstone is a page builder consisting of a collection of elements. These elements are capable of creating complex and extremely customizable page layouts. Administering such a task can involve a great deal of work, and a significant amount of rework as well. As you build a page, you check to see what you have done, and rework it – over and over again.

What Cornerstone brings to the table is a 100% front-end editing feature that provides instant feedback to the designer, and it does so in an simple, streamlined, “why didn’t someone think of this before?” approach. This page builder’s interface represents simplicity at its best.

If you have been giving some thought to purchasing X Theme, Cornerstone’s Editor and Layout Preview page-building concept should give you more than a gentle nudge in that direction. This ultra-streamlined, intuitive tool comes free with this premium theme, so you will be getting a tremendous return on your investment.

A Small Sample of a Huge User Response

You can call them excited or ecstatic, but these users definitely like what they are experiencing. Referring to this latest version as a game changer may not be an exaggeration after all.

Don’t Let a Golden Opportunity Pass You By

You can always wait for something better to come around, and who knows what X Theme’s version 5.0 might look like? Bypassing this premium theme with its game-changing page builder would be a mistake however. Upgrades that as much to the table as this latest one has are few and far between, and this bestselling premium theme is destined to become more popular than ever.

Themeco didn’t just stumble on a new idea. The Cornerstone page builder was a long time in planning and development, and the underlying concept, as simple as it may appear, was well thought out.  Cornerstone also has a bright future as Themeco has announced. X Theme 4.0 will be difficult to top, and it is highly recommended.