Slack recently released its 2016 product roadmap, and the one feature that has everyone talking is the introduction of voice and video calls.

Yes, you can say, in a way, that Slack will soon be offering functionality similar to Google Hangouts or Skype.

Among other things, Slack has also planned formatting aids for text chat, such that you chat by means of a WYSIWYG editor. As can be seen, Slack’s primary focus now is to foster better communication and in turn, head towards even better collaboration among members of the team. By means of voice and video chats, as well as better text chat, Slack aims to offer enhanced productivity by enabling team members to communicate in an efficient and better manner.

Slack currently has 2.3 million daily active users, which technically speaking, is hardly a number comparable to major social networks. However, Slack is not a social network by any standards, and for a productivity and team collaboration tool, these numbers are definitely impressive.

As of now, Slack offers integration with third party apps and services, such as Skype. However, it is obvious that users have to flip back and forth across applications — users might be forced to get on Skype or Hangouts for a quick call or video conference. By offering such features within its interface, Slack can further cement its place as a collaboration and productivity app, and also make its users’ lives much easier.

What do you think of these new planned features for Slack? Share your views in the comments below! 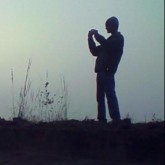