Nearly 6 years after the initial release of jQuery, it’s more popular than been. This can mostly be attributed to the community that’s been built up around it. This community of developers is constantly building plugins that allow web developers and designers to easily add amazing functionality to their projects.

Continuing our “Best of 2012” series, the focus this week is on jQuery plugins. Over the past year, we’ve seen a tons of great new plugins, which made choosing our favorites extremely difficult.

Arctext.js is a jQuery plugin that let’s you do exactly that. Based on Lettering.js, it calculates the right rotation of each letter and distributes the letters equally across the imaginary arc of the given radius.

A jquery plugin for producing big, bold and responsive headlines.

Parallax has never been easier. 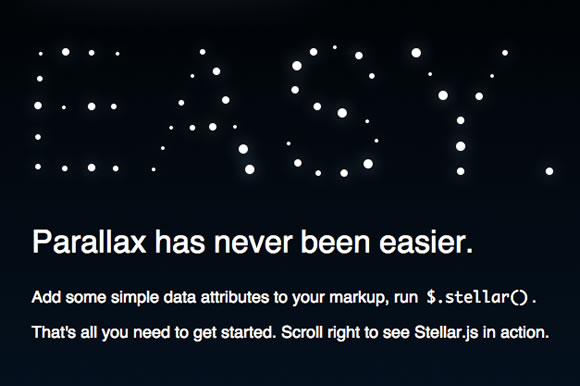 Is a plugin for jQuery that adds a beautiful transition similar to real pages in a book or magazine for HTML5.

FlexSlider is an awesome, fully responsive jQuery slider plugin. It wasn’t released in 2012, but this year WooThemes purchased it and released the 2.0 version – making many improvements and taking it to another level. This is why it makes our 2012 list.

A javascript library for multi-touch gestures.

iPicture is a jQuery Plugin to create interactive pictures with extra descriptions.