Hipstory is a project created by Amit Shimoni, an Israeli artist (29), graduate of the Be’zalel Academy of Arts and Design in Jerusalem.

A little bit about the creator, Shimoni is the founder and operator of his design studio Amit Shimoni Illustration based in Tel Aviv where he happily lives with his wife Noga and their adorable dog Adam. Among the studio’s projects Shimoni worked with top brands in Israel and around the world including the New York Times and illustrating a cover for the New York Observer. Shimoni received over 300 media coverage worldwide including leading magazines, newspapers and TV Shows like The Guardian, The German Stern, Wired magazine, Vice, Entertainment weekly and Comedy Central.

Shimoni’s artwork is exhibited in galleries around the world including Berlin, Madrid, Tel Aviv, New York and more.

HIPSTORY doesn’t talk about politics, it talks about generation Y.

“I often find myself wondering about the difference between my generation and the great leaders of modern history. About their belief system, the way they thought and what motivated them to act for change. Compared to our more self-centered generation which in my opinion is in a constant chase after fashion, style and trends as a way of self-expression while steering away from the big ideologies and meanings. I wanted HIPSTORY to re-imagine the great leaders of modern history and place them in a different time and culture era- ours. I wanted to created a sort of mirror- a mirror that on the one hand is supposed to make one smile, and on the other to make him think. As I see it criticism doesn’t always have to be poignant it can simply be a method to arouse discussion and show things under a certain light”.

What is the creation process of HIPSTORY?

“For every character I try putting my own interpretation, but I’m always leaving a place for the viewers own interpretation. During my thinking process I study each character as a leader and as a person. I try bringing a new twist to the smallest details that define the character, for instance, on Obama’s chest you can find the words “Hope” and “change” which are details anyone can recognize. On the other hand, I also leave details that are less notable like the tattoo on his right shoulder which represents a scene from Moby-Dick which probably just a few can recognize as Obama’s favorite book.”

For more information about Hipstory, you can visit their website at http://www.shimoni-illustration.com. 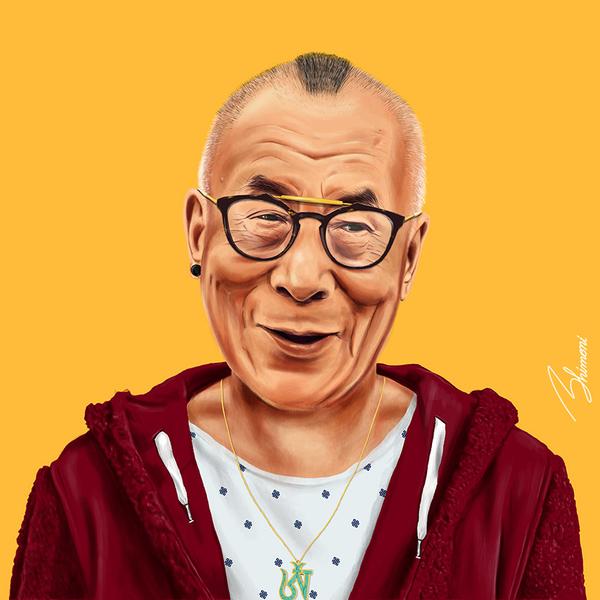 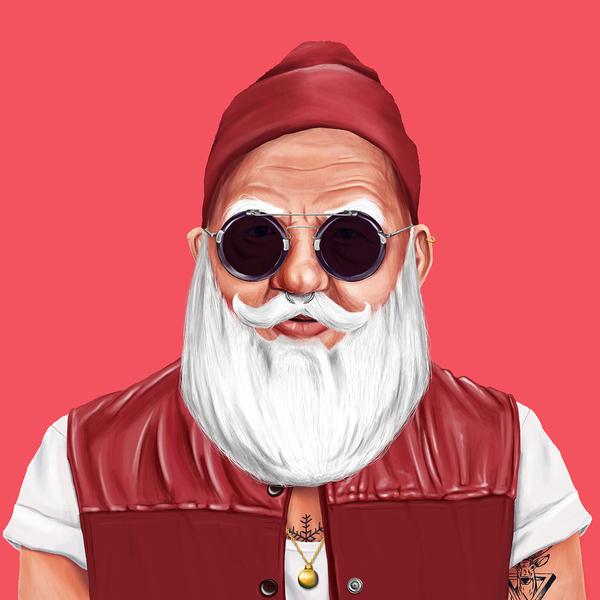 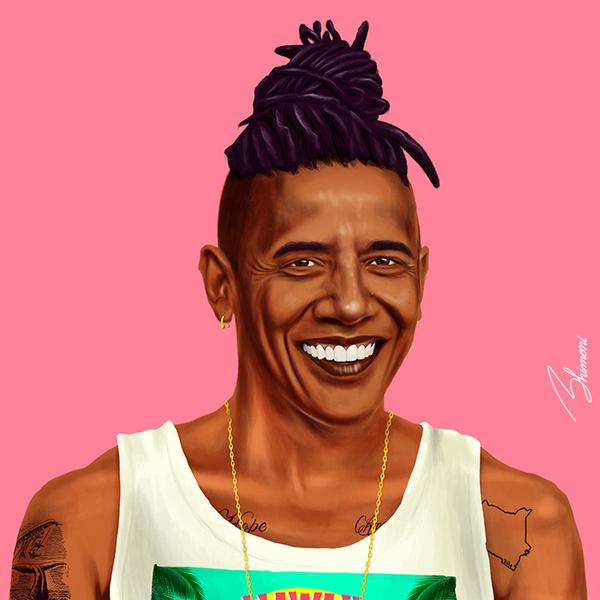