Experience is a great teacher. But, when you choose a developer, you don’t want to have to experience a run of sub-standard work. You need to know how to pick a team that gets things done right.

Knowing what to look for isn’t as hard as you think.

Working with a development team should not make you feel like you’re watching a scary movie!

You’ll generally receive some clear signals if the work is not being, or will not be, performed to your requirements.

If you approach things with a clear head, and pay attention to what is being said, you should be in a good position to make a solid choice.

In this article, we’ll show you what’s beneath some of the scariest lines a coder could tell you. So next time, you’ll know how a team of developers who care and meet deadlines will treat your project.

Scary Line Number 1: “I made a few changes to your design.”

There’s always the possibility that you’ve left something out that the development team picked up on. But “a few changes” is scary. It’s an indication that the coders don’t think much of your designs, or simply don’t care about them.

What’s worse, many design details have been carefully worked out with you client. Or in response to your client’s stated requirements. Those design details must not be changed. Other design details may be important to the overall presentation you want to see in the end product. They are important to your website’s coherence, or, they are simply the way they are because they are in line with the standards you are following.

A “few changes made”? An alarm signal.

This is a nice photo, but . . . .the designer might say. Designers are detail oriented, and it’s their job to visually align elements in a layout, as they think they should be.

You can avoid these problems by working with developers who care:

Scary Line Number 2: “The code won’t be ready on time.”

Unplanned events happen, but, from a professional standpoint, missed deadlines are simply not acceptable. Developers may have at times to undertake urgent measures, and deadlines may be missed. But what we are talking about here is the coder that simply does not deliver on time.

Working with a poorly organized team puts you at risk. You cannot involve yourself in the internal workflow of the coding team, nor should you. You can however, request periodic status updates, or request a task-oriented project timeline. This should give you a clear picture of the complexity of the development project, and the team’s approach to managing it.

It’s also important to recognize that, when you request a change, or multiple changes, it nearly always necessitates a renegotiation of one or more deadlines. Deadline issues can usually be avoided, when you have clear and open discussions with your developers.

Coders and designers are becoming more like rock stars. They can’t always keep track of their concerts and tours, but they put on a hell of a show.

The best way for a coding team to get things done, is to be working under a project manager, like Xfive, a cool, international development agency. A project manager has a pair of important responsibilities. One is keeping the coders on track.

The other, is serving as the point of contact to the design team. When a project manager can coordinate the coders’ time and attention, while maintaining connections with a creative design team, he is worth his weight in gold.

The project manager – the man with the plan.

Here’s how Xfive has worked over the past ten years: “Each project, even the simplest ones, require a high level of attention from the coder. All the stages must be thoroughly analyzed and implemented; it’s the only way to provide clean, quality code.

At Xfive, each project has its own project manager that coordinates the time resource. We like to leave coders to code and pm’s to organize timelines.  We noticed it’s a simple and highly efficient way of delivering great results.”

We use a time-tracking software to provide the full transparency to the customer, control the cost and get experience that helps us with estimating cost of upcoming projects.”

Scary Line Number 3: “I don’t know why this button isn’t working. It could be a bug.”

The coding team might just be in a hurry. Not good. The coder or coding team might be inexperienced. Much worse. Bug tracking and resolving is very important. If a coder doesn’t know there is a bug, or know its cause, you have a problem.

Bugs are not cool!

A good developer should approach the bug-tracking phase with attention. This is made by opening strong lines of communication between the coder and the tester to make sure all relative information is included in every bug report.

Communication need not be complicated.

Keep Personal Opinions Out of the Process

In code, solutions are generally easy to spot. No need for opinion.

Agree on the Bug Resolution Procedure.

Scary line Number 4: “I know exactly what you want, no need for more information.”

If you and the developer have been working together for years, this might not be seem so scary, but a good developer will rarely say this. But, if it comes at the beginning of the project, and you are not thoroughly familiar with how the coding team works, it can be scary indeed.

A good coder refusing relevant information, is like a kid refusing to enter a candy shop. An impossible scenario.

You want a project manager or coder who asks a lot of questions, even those of seemingly lesser importance. Few specifications are without errors, ambiguities, or details that could be improved upon. Dedicated professionals pick up on these, provide feedback, and look for your responses.

A Case Study: How Xfive Has Provided 10 Years of Brilliant Work 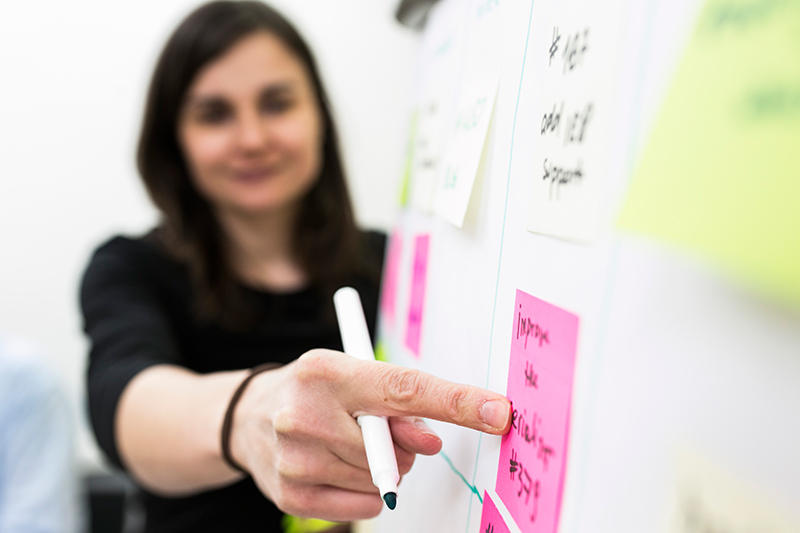 We will take a close look at Xfive, what this developer does, and how it does it, why the name, and what it means. Also, we will find out who several of Xfive’s customers are, and what former client’s think about working with this company.

In doing so, we’ll show you why selecting Xfive as your developer of choice, only makes good sense.

The image almost says it all – Developers who care.

Xfive is an Australian based company, with offices in Melbourne and San Francisco, California. Xfive’s main development center is in Krakow, Poland. Xfive has worked with thousands of clients over the past 10 years. Most of them worked with this coding agency when it was under its former brand, XHTML. The change in brand came about roughly a year ago.

The Xfive brand typifies the company culture – high-fives all around for a job well done. Whether the job involves teamwork, or reaching out to clients and customers. You can send them your inquiries here.

Among its many clients, are industry giants like Microsoft, Twitter, Fox Enterprises, and eBay. Clients have also included numerous creative agencies, businesses large and small, startups, and individual web designers.

As XTHML, Xfive popularized the PSD to HTML conversion industry. Services now include:

Benefits of Working with Xfive

Xfive’s team of 45 experience developers, consisting of both full-time employees and freelancers, will work diligently to ensure your projects will be delivered on time and within budget.

“Xfive did a quality job and had great attention to detail. Hire them if you want your design followed to pixel level detail with clean code. Highly recommended.” – Patrick Leddy, Furious Tribe

“My experience has been remarkable in that the work was done fast, my myriad changes were attended to without complaint or any increase in cost, and contact was regular, concise and always friendly.” – Derek Rielly, BeachGrit

“For our largest individualized campaign ever for a major car manufacturer, we used Xfive. I am very satisfied with the results and the speed. I can highly recommend them.” – Joakim Törnqvist, Propan

“Xfive saved our website after we lost our original developer at the last minute and got our site up and running again in a timely manner.” – Alyssa Jahnke, MeBath

A developer who cares, a transparent development process, and an agency who wants to treat you as a partner: Three excellent reasons to choose Xfive.

Ask for a quote today.