A Showcase of Creative Redesign Concepts

It’s always interesting to see another designer’s take on a famous website, app or even physical product. Different designers add their own personality and style, and often when designing a concept come up with novel and interesting ideas. To help give your inspiration a boost, we’ve brought together a showcase of some of our favourite redesign concepts.

It’s important to bear in mind that these redesigns aren’t necessarily the right choice. Sites and apps exist for a specific purpose and a lot of factors go into design decisions – often, not just aesthetics. Having said that, each of these designs brings a new way of looking at existing sites – whether it’s by simplifying and tidying up their appearance, or approaching them from a different design direction. We hope you find the showcase an interesting source of inspiration and that it helps with your next project.

Andrew Kim created a redesign concept for Microsoft in 3 days, with a drastically simplified and unified brand that could be used to tie both software and hardware together. His rebranding exercise brought him a lot of attention, and obviously impressed the team at Microsoft, who hired him shortly after.

BBC Me is a concept designed by Dmitrij Paskevic for a 2013 competition by D&AD. The idea behind it is to redesign the BBC News site to be much more personalised. Dmitrij describes it as being “a live, personal and dynamic news feed that is tailored to your needs”.

One thing that has always bothered me about the design of Amazon is the hugely cluttered product pages. The current design makes use of very little white-space to separate out different sections – but this has been taken into consideration with Yanis Markin’s concept redesign. Bear in mind – while this is (in my eyes) much more visually pleasing, it may not do a great job at other things like focusing on reviews, or other things that users find useful. Still – it’s worth looking at and viewing as an alternative to how Amazon could handle things, if they so desired.

This redesign of YouTube is a beautiful example of giving content a bit more room to breathe through the use of white-space. Not only that, but the navigation has been given a makeover, and achieves that tricky balance of simplicity with an easier to use navigation.

A lot of care and attention has gone into this Wikipedia redesign concept. Created by design agency New, every detail has been thought through – including a radically simplified and less cluttered visual interface, and a significantly improved framework for editing Wikipedia entries. 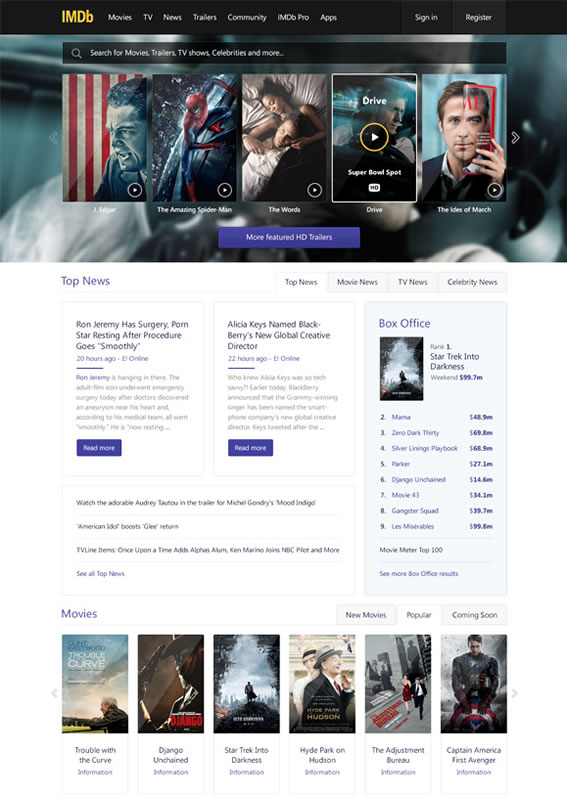 IMDB, the Internet Movie Database, has been around for a particularly long period of time in Internet years (launching in October 1990) – and so it’s current design, while useful, is still quite heavily rooted in it’s past. This concept by Bart Ebbekink is a beautiful redesign that declutters the current layout, and presents relevant information elegantly and cleanly.

Given the popularity of Facebook, the social network is no stranger to receiving an unsolicited redesign or two, but this design from Luke Taylor is one of the most radical departures from the current site. Turning the news feed into an almost Pinterest-esque approach, the timeline is completely reworked. While it’s not necessarily a more usable direction, it’s always interesting to see a new take on an existing design, and this is definitely an approach that’s out of the ordinary.

Yahoo – known partly for it’s search engine, but now perhaps more prominently for it’s news and content – recently redesigned it’s US site, but in a move that was described as reasonably unimpressive. Dan Petty called Yahoo’s official redesign a “mix between Craigslist and an old Google design”, and created the above concept redesign as a suggestion for a different aesthetic direction.

It’s not just websites that have concept redesigns created for them. The above example is a super-minimalist redesign of the Skype desktop app, by Vivek Venkatraman. The simple, refined approach has an iOS 7 feel to it. While it’s not necessarily as usable as the current app, it’s interesting to see what it would look like with such a stripped-back approach.

Streaming music service Spotify is a fantastic product, but the desktop app could do with some love. Designer Maxwell Barvian has created a concept for how it could look, with a focus on usability and an uncluttered, easier to navigate interface. The overall result is highly polished, elegant and refined.

Have you found any examples of creative, interesting and inspiring concept redesigns? We’d love to hear about them in the comments. 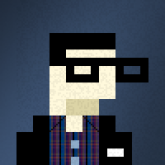 Dan writes for The Handpicked Collection, who specialize in creative gifts for men. When he’s not at work, he enjoys studying graphic, print and web design.