Create your own Icon Fonts with Iconical for Mac

This is often much more convoluted and requires a little understanding of typeface construction. However a new Mac application named Iconical is making the process a whole lot easier.

Everything is drag-and-drop supported which means you can drag a whole batch of SVG icons right into the program for a quick conversion. You’re allowed to name the icon glyphs and give them special HTML characters as needed.

In early 2015 the Iconical team released a beta preview video showcasing the existing features under development. While the app is currently in v1.0.1, this beta video still offers a nice look into Iconical’s functionaliy:

While somewhat expensive at $25, Iconical is the perfect tool for icon designers who often do find value in creating custom font faces. If the price is too steep then you may instead wish to learn the manual method of icon font creation.

But for those interested you’ll find Iconical in the app store with frequent updates and plenty of support as needed. 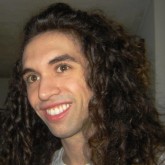