Apple Gives the Pencil A Makeover – Interview with Jonathan Ive

In his latest interview Jonathan Ive, Apple’s Chief Design Officer, talks about the development of the recently famous, Apple Pencil. He mentions that despite designing the UI for Apple’s touchscreen devices to be primarily multi-touch, based on the user’s fingers; they found that there was still a large group of people that wanted a pencil-like instrument. They missed the ability to paint and draw in ways that you simply cannot with your finger. In solving this problem, apple developed the Apple Pencil which lead to the development of new technologies with compatible capabilities like the iPad Pro.

Jonathan continued by sharing that Apple’s effort is to create a more natural experience. He encourages other tech companies to design with the same thoughts in mind, to observe tiny details of how and why user do what they do. When asked why the new tool was named a pencil and not a stylus he explained that a stylus is more a piece of technology, whereas a pencil has more of an analogue association. One of the technologies within the pencil was developed to create a natural experience, it can detect pressure as well as the angle in which it is held. It was fundamentally designed to be a more natural instrument, like an actual pencil.

“I actually think it’s very clear the Pencil is for making marks, and the finger are a fundamental point of interface for everything within the operating system. And those are two very different activities with two very different goals.” 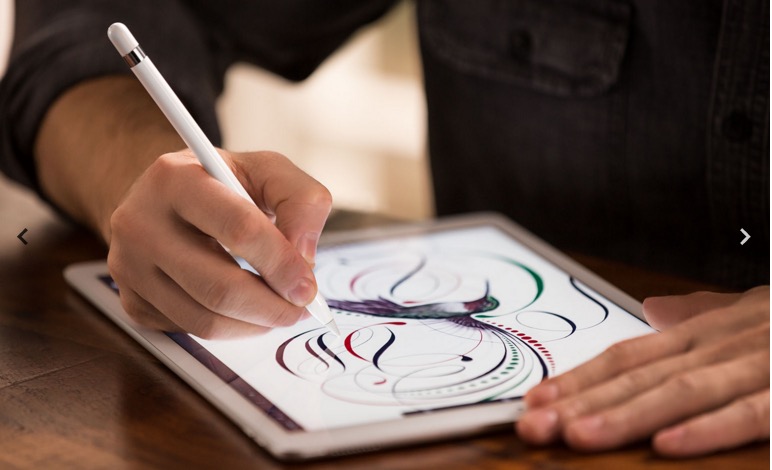 The Apple pencil hopes to facilitate the process of seamlessly communicating ideas through drawings. Allowing designer the freedom of using sketches, abstract details, or marks as part of a conversation instead of just words.

Read the full interview on wallpaper.com