My Journey Of Learning Programming Through Flatiron School #2

My name is Mason Ellwood and I’m currently working on Flatiron School’s Online Full Stack Web Development Program. Each week, I’ll be writing about my experience, what I’m learning, and tips on learning to code.

When I started at Flatiron School, the last language I expected to start in was Ruby. Maybe it was different from my last approach to learning front-end development; which started out in design, HTML, CSS and then progressed from there as projects continued to progress in difficulty. But nope… Flatiron starts in Ruby.

When I sat through orientation, Avi touched on this, because I assume others had the same question.

He said basically, Ruby, as a programming language, is the simplest programming language to learn and the most fun to learn. A language where most keywords and values defined by the language closely resemble what the outcome will be, but dynamic enough to build and produce very powerful programs.

Developed by Yukihiro “Matz” Matsumoto in the mid-1990’s, with his motto  MINASWAN, or Matz is nice and so we are nice. He set out to develop a dynamic object-oriented language that was simple to understand and fun to write.

“Make Ruby natural, not simple, in a way that mirrors life.” – Matz

“Ruby is simple in appearance, but I very complex inside, just like our human bodies.” – Matz 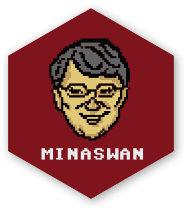 Avi said that because of the way Ruby is displayed to the user, it is easy for most students to grasp quickly without the constant frustrations that come with other programming languages like Javascript. Avi continued to touch on what a program is and how to choose the best tool to accomplish the task.

A program is just a file on your computer filled with text, but the text has special syntax we call code. The programming language you are using defines the syntax of the code you are allowed to write. Then your programs are converted to machine code so that your computer can understand it.

Flatiron School starts off the in an Intro to Ruby course which progressively teaches you the skills to write your own program – Tic Tac Toe. Once you set up with your learn.co IDE program, which is supplied to you by the school, you are basically ready to begin! Make sure you have your Github set up prior to beginning this school. Built into the learn.co IDE program is a auto authentication of your ssh keys with your Git repo, so setup is incredibly easy.

In learn.co IDE’s built in terminal you can then begin your first Ruby program, first always check which version of Ruby you are currently working in using ruby -v.

Lastly, title all Ruby files with the extension of filename.rb, this tells the interpreter what syntax you are going to use you write your program.

Thank you for reading.  Next post will cover debugging Ruby, reading error messages, what is a Rspec file and how to set it up, and how to assign variables.