The large Q&A network Stack Exchange has prominently risen to Internet fame with its invention of Stack Overflow. This site is a safe-haven for developers & programmers to ask questions about bugs, frameworks, plugins, or anything that might be solvable from a more knowledgeable expert.

In a recent blog post the Stack Exchange team announced they will be officially changing the overarching company’s name to Stack Overflow. Again.

See when it was first released this was the only Q&A site online. But the Stack network grew to include so many other websites that it deserved its own corporate name – Stack Exchange. However it appears the heads of SE have decided to fall back on Stack Overflow as the company’s name because it’s more recognizable.

But does this mean Stack Exchange is going anywhere? The answer is a big fat resounding NO!

The team still plans to extend Stack Exchange as a network, and that will remain the official name of the network itself. However instead of Stack Exchange being the network & the corporate name, it’ll just refer to the network of Stack Q&A websites. The overarching parent company of everything will now and forever be known as Stack Overflow.

Thankfully the Stack team has been kind enough to include a reference diagram to explain the new setup: 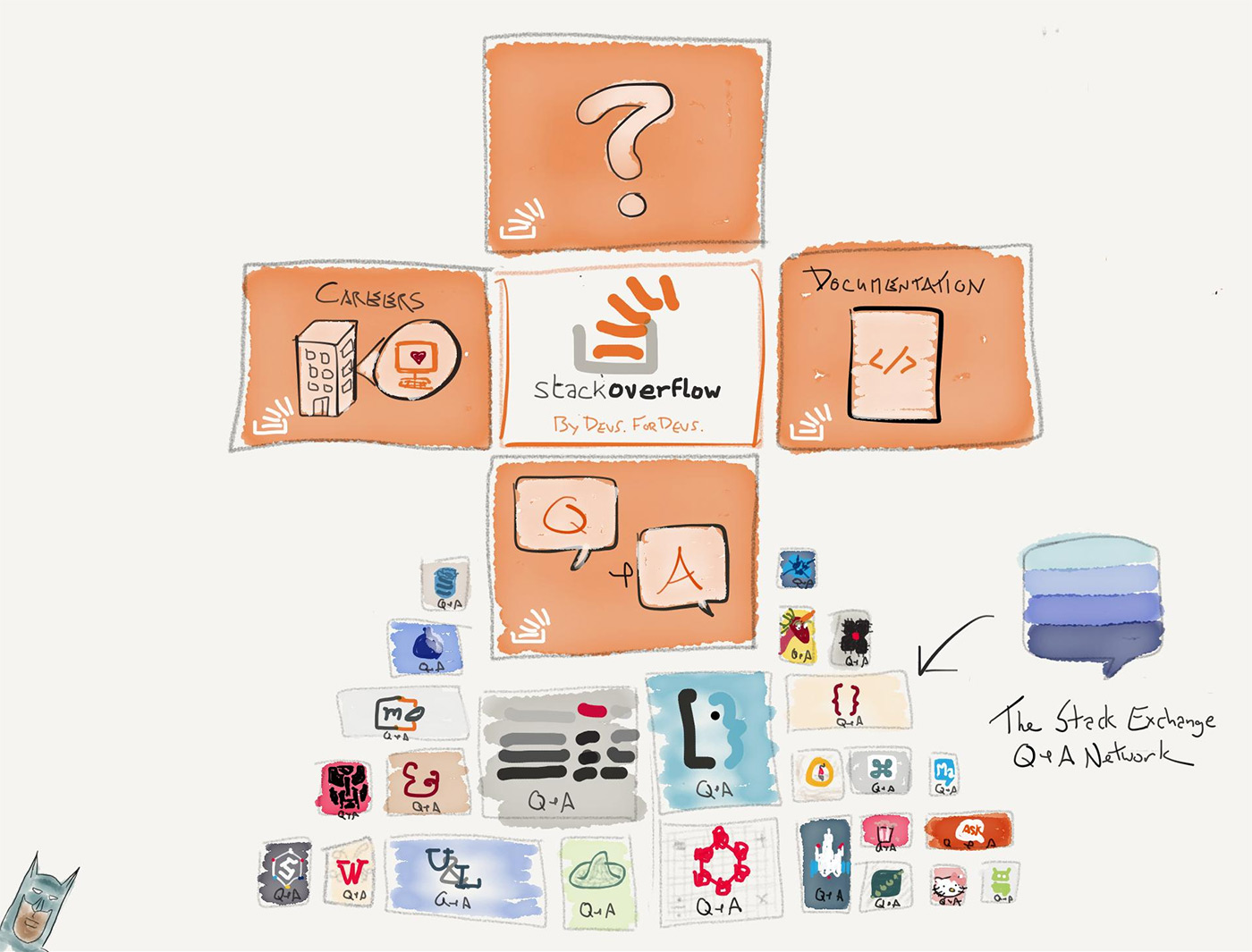