The Science Behind A/B Testing

If you own a business, there’s always concern that your marketing efforts aren’t reaching their full potential. Of course, great design will sell but having strategies and formulas in place to make sure your hard work is paying off it well worth the time. One of these formulas is A/B testing. A/B Testing, or split testing, has been enacted in the past few years by companies who want their designs to go under experimentation as an approach to their marketing decisions. It’s a simple practice that companies that to maximize their profits. In this article I will uncover the science behind this approach to design decision making, giving you the tools necessary to make decisions on whether you want to incorporate this into your own design process.

What is A/B Testing?

A/B Testing is a method of marketing testing by which two versions of one element are tested against a metric to define which is more successful. These versions undergo testing simultaneously to determine which is better. Conversions are measured from two different sets of users. The version more effective is then used for the companies marketing initiatives. The result is high-performance user experience elements that aren’t always achieved by just relying on instinct.

A/B tests can be used on a myriad of elements in a design. For example if you wish to test the effectiveness of a call-to-action button, have it undergo an A/B against a new version to see which is more successful. This is especially effective if your goal is to increase the number of conversions as you’ll get an idea of what prevents that person from converting.

You can also compare the following using A/B tests:

A/B Testing can create a lasting impact on your marketing efforts. Knowing which elements work the best is critical in moving forward as you can repeat successful tests in the future. It also gives decision-makers a very good picture of how their designs are doing. If simply conducting an A/B test had the ability to increase profits and revenue of a business, it’ll be hard for a businessperson to say no. Not only are you measuring design but the conversions you measure can be clicks on a link, rate of returns on a site, and product purchases. In the end it’s a win-win situation for both the designer and client as your designs have the data to back them up rather than relying solely on opinion.

In determining what to test it’s important to have the versions be different enough that you’ll be able to gain insight into the correct procedures going forward. We’re not talking about slight differences between the two, such as a text color difference or font weight variation.

It’s also important to only test one variable at a time. If you throw in multiple variables, it’ll be hard to access just what works correctly and what doesn’t.

A good A/B Test could compare:

The process continues by running the test on your site. Explore different testing tools according to your platform or medium for the right solution. Ideally, you’ll want to be able to control:

After a few weeks you’ll want to check the results of each version. For the most exposure, try and run the test on the high-traffic areas of your site. Before you can trust the result of your A/B test, it’s important to you have the right statistics. A calculator such as Usereffect.com’s will give you a good idea of where you are and where you should be.

Some advantages of A/B Testing include the following:

A/B Testing is a powerful, formulaic approach to testing out two different designs. In an era of usability and accessibility, it’s becoming a more and more popular method to ensure your design is converting. It’s important though to give your tests some time – ideally a few weeks before you check the data. If you’ve come to a fork in the road in terms of a design direction, A/B tests are a great solution to see just what version is more successful. Do you conduct A/B tests and are they useful for you? Leave comments below telling us how. 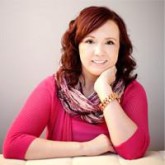 Stephanie Hamilton is a freelance Graphic and Web Designer by day and a blogger by night. Holding a BFA in Graphic Design, she has several years experience designing the latest in print and building better user interfaces and websites. She also enjoy writing as a creative outlet and blog regularly for her business and contribute to others as well. You can visit her website and follow her on twitter.