For filmmakers everywhere, spreading awareness about your movie is one of the most important parts of your work. Unfortunately, make independent filmmakers looking to make it to the major leagues of Hollywood fail to realize that websites are key to conveying a film’s idea.

An effective, secure WordPress website helps you set the tone for your creation and reach your market(s). Think of your film site as an extension of your creative product. It needs to represent and inform, and you should be just as proud of the film’s website as you are with the film itself. Here are five ways to flaunt your films with a WordPress site:

1) Use A Film-Inspired WordPress Theme

If you don’t have a design background, no worries. One of the best things about WordPress is that there are thousands of theme templates to choose from. With the right theme, you can create a stellar first impression for your movie. To steer you in the right direction, try looking into WordPress film themes. These themes are custom built for your use case and carry several design and features that make it simple to show your film in the best light.

The responsive Visual theme is a great example of themes designed specifically for movies. The landing page features a full-screen trailer, and when visitors scroll down, they’ll see movie-like credit font with information about the production. A slider menu bar leaves space for information about the cast and crew, a gallery, news, and purchase opportunities. 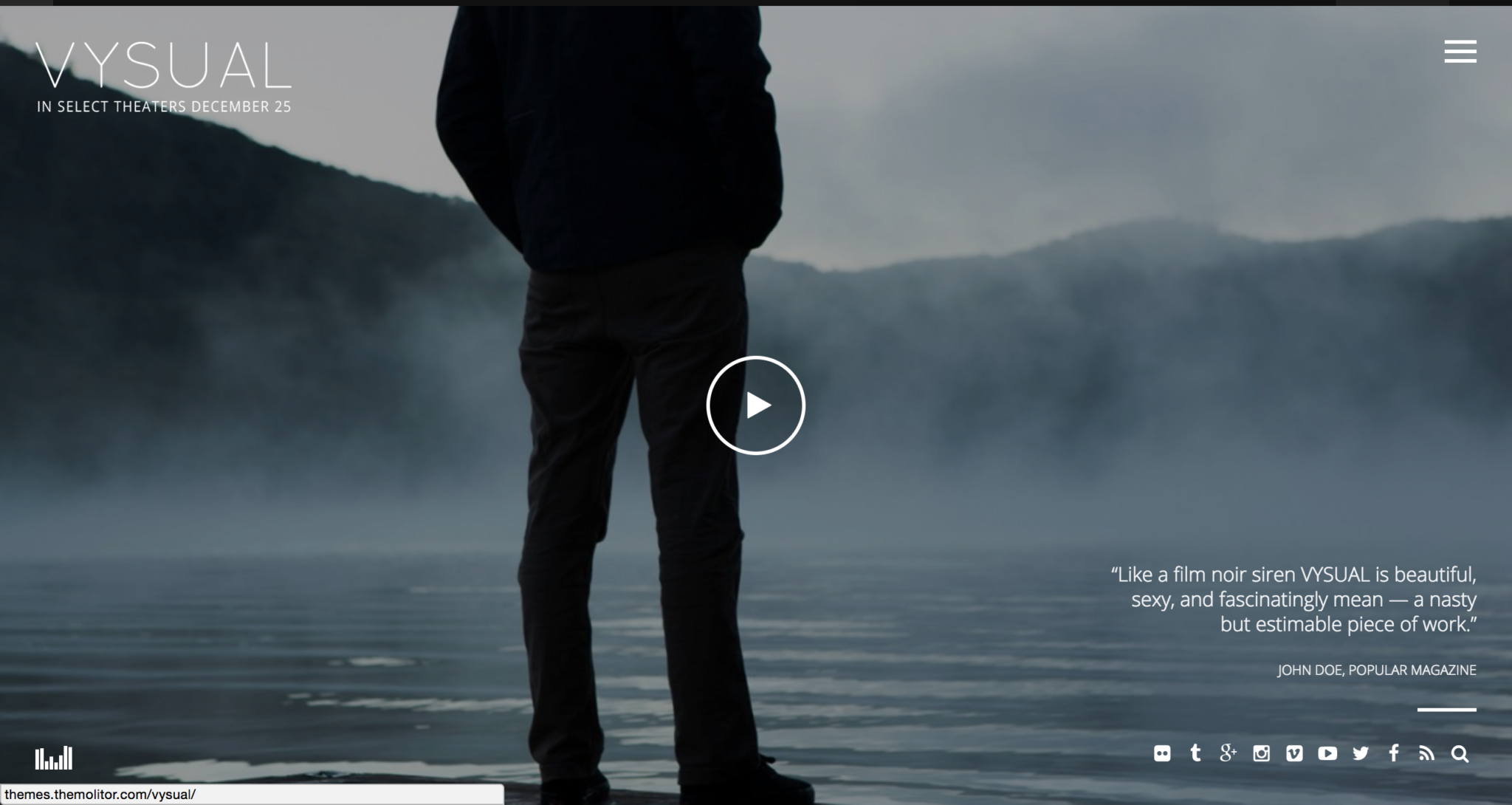 Think of your trailer as the business plan of film. It should be front and center, not buried among other pages. Otherwise, your visitor may have to click through to view it and you could easily lose them in the process. Additionally, when it comes to film, there are several other features you need to consider, such as a press kit.

According to film festival Raindance, this is the most important element of the filmmaking process. The press kit gives your film marketable value, and is used to send to journalists and acquisitions executives. Of course, as a filmmaker, you’ll be sending a lot of these out yourself, but you should be sure to include it in your WordPress website, too. You’ll also want to list any awards or nominations you’ve received.

Your website should be on brand with your film. Even pre-made movie themes are customizable enough to change the aesthetics of the design. One theme has plenty of branding potential, and can easily be altered to create dozens of different visions. For example, if it’s a horror film, the design should be dark and brooding. Take a look at existing video websites to help you understand what others are doing to achieve film branding on their sites. For example, James Franco’s “The Disaster Movie” has a great website with interactive elements and does a phenomenal job with telling a story.

Your website should be informative and engaging. Any piece of information your visitor might want––whether they’re a potential viewer or industry insider––should be readily available. Take advantage of WordPress plugins like Theatre to help display showtimes and locations. This is particularly important for independent filmmakers who might have limited showtimes and ticket availability. Check out the “Upcoming Screenings” portion of this film site to see how other filmmakers are listing their screenings. You’ll also want to show reviews for your films, especially if the movie has been garnering a positive reaction from viewers. 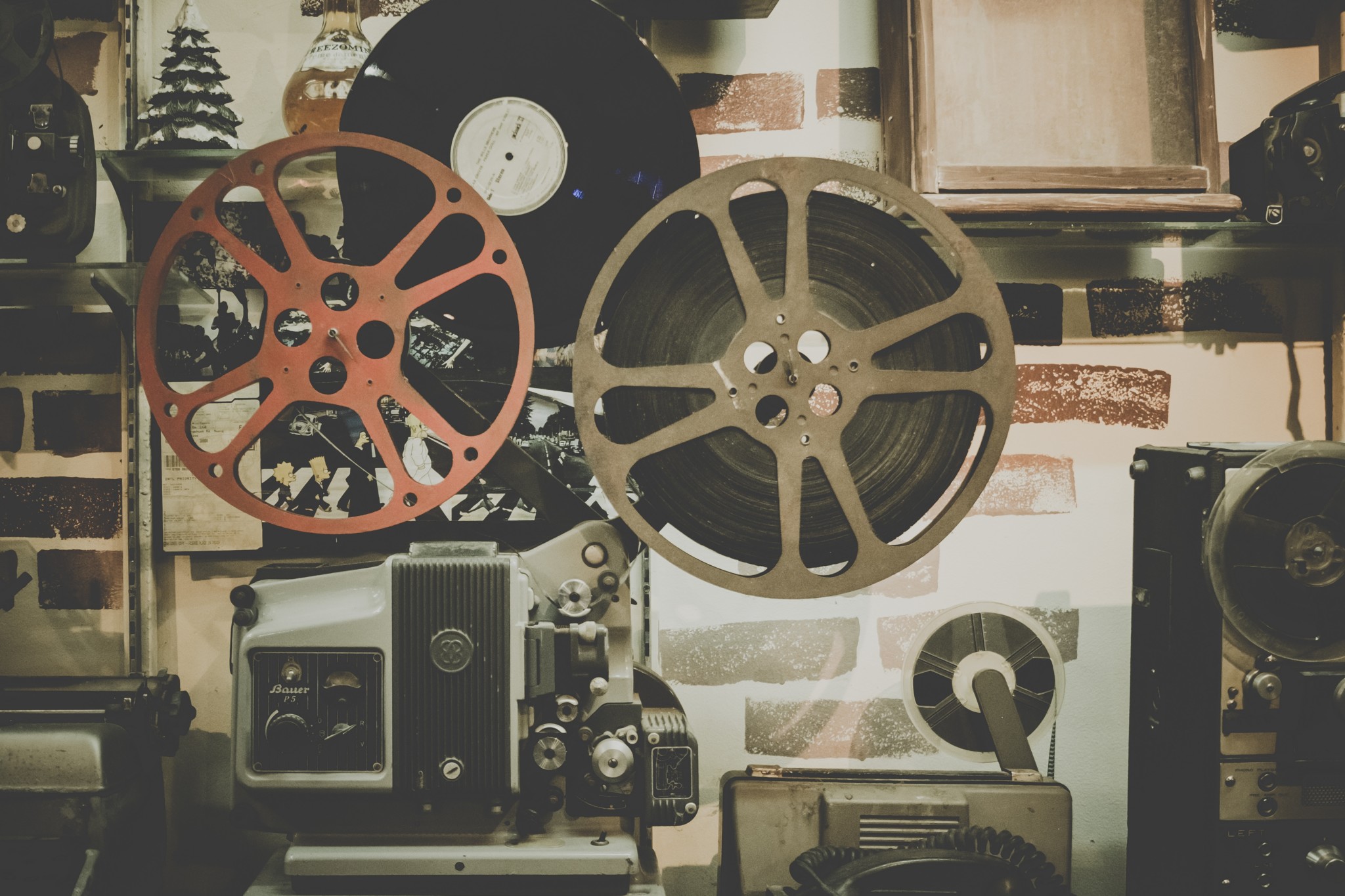 Lastly, there are different ways to monetize your WordPress site for films, and these are areas you should consider. Filmmakers already have it tough enough trying to produce art that sells, so when an opportunity comes along to monetize work, you should certainly look into it.

Of course, one of the easiest ways to do this is to ask for donations. Setting up a donation button is extremely simple, and doesn’t hurt to incorporate. This will allow visitors to help support the film, whether they’re a family member or friend, or simply a film enthusiast looking to contribute to a cause. If you do plan to accept donations, be sure to tell your story and explain what you intend to do with your donation funds.

You can also sell relatable products on your site. This includes film memorabilia, DVDs, or digital downloads. A quick search on Etsy of the indie film “The Eternal Sunshine of the Spotless Mind” shows different products surrounding the film theme. You can do the same for your film and generate additional revenue.