We all know about the struggles of starting a career in freelance web design. You’re probably not aware of the right places to look for work, you might be underselling your services – maybe even working for free to build up a nice portfolio. You still have to build confidence to start charging a decent rate. It’s tough, but we keep at it to be able to succeed when we’ve built a good name for ourselves.

Eventually you learn – you start making good contacts and the work starts rolling in. If you’ve worked hard enough and made enough good contacts, you might now start to struggle in a different (much more positive) way.

You start to struggle to fit all of the work you have in your day. And this is the point where you start leaving money on the table – you start to refuse work simply because you don’t have enough time to service all of your clients.

Yet – it doesn’t have to be this way – there’s a little trick we’re going to show you today which will boost your freelancing web design revenue. At the same time, done right, you can possibly starting working less hours rather than more.

If you’re in a position that you are struggling to keep up with work coming your way – well done! You’ve done such a great sales and marketing job, that clients are clamouring to get just a little bit of your time.

It’s a fantastic position to be in. One that most of your peers envy.

You’re not only filling all your hours – you can actually start choosing who to work with or the jobs you take.

If there is a client or a job which you don’t want to work on, do a little magic with the numbers when writing your web design proposal. Double or triple your rate – that way, your client will either get discouraged by the price. If they’re not sufficiently discouraged you’re going to get a nice windfall from that client or piece of work.

You’re not refusing outright a job which you’d rather not be working on. You’re just earning more money from it.

You can actually start charging better rates overall should you want to. That will automatically shrink your client base, because the ones who might have initially been attracted to your (cheaper) prices would now start shirking away.

There is a problem with both these approaches though.

They work well as long as there is a bounty of work. If times get tough, you will have alienated quite a few of your clients. These clients would by then have moved on and you’re unlikely to win them back. The fact that you snubbed them when you had better clients or jobs will be a turn off to them, even if you actually ask them very very nicely.

Let’s face it, they’ll think, if you snubbed them once, you’ll do it again.

So what’s a better approach?

Don’t refuse them – outsource the work to your own network of web design freelancers.

Establish your own network of web design / development freelancers

Whilst building your own network of clients, there is another piece of networking you should be doing – establishing a network of freelancers which operate in the same or similar niches as you do.

If you’re a web designer, you should network with:

You get the idea.

Same goes for any content writer or anybody working in a niche related to the web design niche. Network with freelancers doing web design so that you’ll be able to take all of the work which comes along.

That way, when and if a client comes for the full package, you can provide them with the all of the services they need.

Heck you can even actually pitch a whole package if you see that your client has that specific need.

Stop doing the work you hate – start working on the things you love.

We’re in the day and age of digital workers. Freelance web designers have the luxury of working from anywhere – infact quite a few of them do. More than that, you can outsource the work to countries where labour is cheaper.

That gives you the opportunity to markup the work of others. To have a bit of an analogy, in essence, you will be the Quality Assurance manager in a factory of “manual labourers”.

Or the architect at a construction site. You won’t be dumping the concrete. You will, on the other hand, be testing that the quality of the concrete is good enough for your (web)site.

Rather than being the manual labourer yourself, you define the requirements and make sure these requirements are rigorously met, on time and at the right budget.

You’re simply the project manager of the jobs you’re unable to do, whilst still doing the jobs you enjoy doing.

Use the 80-20 rule as your guiding principle.

If you are able to spend 80% of your time doing the work you love and the other 20% of your time, managing your network of freelancers, you’re going to easily double the amount of hours you could be charging for.

This will drastically boost your revenue potential.

If you do freelance web design and enjoy designing pages, but don’t really like doing coding, you’ll need to have a bunch of WordPress developers ready for hiring. You can then outsource the development work to these designers and you can keep working on work you love doing best.

How to create a network of cheaper freelancer web designers

The biggest challenge in all of this is to actually build a reliable network of web design related freelancers.

Let me tell you a bit of story.

We tend to get quite busy publishing content at DART Creations – so when we do to need development work, we typically outsource to our trusted developers.

Yet finding reliable WordPress developers was not a pleasant experience for us.

We tried hiring developers first on a few of the most popular freelancing websites out there. We set up a project and a budget and waited for the offers to start pouring in. They did of course – from all sorts of people, the ones with great reviews and exorbitant prices and the ones with fewer reviews and more decent prices.

We chose somebody who seemed to be a good balance between good reviews and prices.

Our first hiree turned out to completely “borrow” code from another plugin.

Our second hiree wasn’t very responsive – although we agreed a timeline, we had to remind, nag and eventually beg for the code to be submitted.

The quality of the resulting code left much to be desired.

They had asked for payment outside of escrow services and trying to recover any money after that mess required chargebacks on credit cards. In a few words – too much hassle.

(Lesson learnt: never make payments outside of an escrow service – even if it’s more expensive, you’re protected against poor work)

The tried and tested way to hire freelancers

Working online has it’s benefits. Yet, there is something about meeting a person face-to-face where you can make an instant judgement on whether that person is reliable or not.

Don’t stick to a single group of people with whom you “make friends”. Meet as much as possible with different people, always with a lookout to acquiring new contacts.

Attend local developer meetups with the same thing in mind. Wherever there is a gathering of people who operate in your niche, go and make contacts.

Whilst physical networking is great – you should still network online. Find online groups of peers. Whether your favourite online hangout is Facebook, Google+, reddit, or some forum, always keep networking online. The more groups / conversations you join, the larger the possibilities of networking.

Give back to the online communities you join.

That way when you do stuff to network, you’ll be known as “the one who helps often”.

3. Vet freelance web designers and developers before going all out

You should never assign somebody to important jobs unless you’ve already tested them out on smaller jobs.

Essentially, if you don’t know a person, you really can’t be sure about the quality of work they provide, their timeliness, their communication efficiency.

Reviews can guide you, but you’ll find that quite a few reviews might be skewed and not provide a true picture of the actual skill set of the person you are hiring.

You’ll need to slowly get to know the person you are hiring by giving them a small task. This task should not be crucial to the success of a project. It should be a piece of work which you can afford to trash and give to somebody else.

4. If you’re in a hurry – hire multiple freelancers for the same job

When you’re pressed for time with a tight deadline for a piece of work and don’t have the time to vet a new hiree, there is a tried and tested way to mitigate your risk.

Rather than hiring a single developer, you should hire multiple developers (or whatever the task you need to do is).

You’re going to pay a premium for this, but you should see this as an investment in future projects. It is also a better guarantee of a good result.

Best-case scenario – both hirees provide excellent quality work. You’ll still have to throw away one of the results, but you’ve found two excellent freelancers for your network which you’ll be able to use in future projects.

Worst-case scenario – both hirees deliver poor quality work. You’ll have to abandon both hirees and their work and in all likelihood you’re going to have to perform some contingency planning.

A way to mitigate the worst case scenario is give the hirees a due date which is a week or two before the project deadline. That allows you some leeway to find a replacement, although you’re going to have to pay through the nose this time to make sure the quality is top-notch and the project is delivered on time.

Make hay while the sun shines

As long as you’ve got work coming in, creating a network of freelancers working around your web design is an excellent way to boost your freelancing web design revenue. Given that they are freelancers, with no fixed commitment, you’re not risking much in reality.

It’s a win-win situation for you.

Stop leaving money on the table. You never know when the good times will dry up. 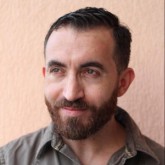 David is a web designer, Product Manager and small-time entrepreneur who frequently shares his various design, marketing and SEO tips and tricks at CollectiveRay. When he's not writing, about his experience in tech (16 years), he's usually planning for and/or working on his next big thing.