The importance of a brand cannot be over-stated, it is the face of a company and the only way to communicate to the wider world exactly who you are and what you do.

From the colours used in your logo to the type face and your company name, all of it is representative of who you are and must be carefully considered when you take your company public.

Some companies have this whole branding thing down to a fine art; we can see a colour, the shape of a font or hear a slogan and immediately associate it with a much loved brand. The McDonald’s arches are an excellent example, as is the Coca Cola font and that ever so vivacious yet classically American shade of red.

You’d think these mega-companies have their branding strategy sussed, yet over the years even these two have made branding faux pas so huge they make it into the faux pas hall of fame.

According to Kevin Roberts worldwide chief executive at Saatchi and Saatchi, successful brands ‘don’t have trademarks, they have lovemarks instead’. As a company strives for brand loyalty, they are forming an emotional bond with their customer base that often has little to do with the quality of the product itself.

In 1985 Coca Cola tried to rebrand the company in order to compete with their sweeter cola drink rivals- Pepsi. The new taste came under a new name, New Coke, which aggrieved the American public so much that sales dropped and mere months later Coca Cola relaunched its original drink under the name ‘Classic Coke’.

image by phloxii via Shutterstock

Coca Cola had spent a century branding itself as the real thing, only to suddenly tell people it had got it wrong and this was the new, sweeter coke. Ironically the stark failure of New Coke acted in Coca Cola’s favour, with the relaunch reaffirming the public’s loyalty to the all American drink that had once greeted Apollo astronauts on their return to earth with ‘Welcome back to earth, home of Coca-Cola.’

A company with an audience, a mystique even, of strong, rugged masculinity that is so poignant its customers don’t even care that its product doesn’t have the best engine, should not go around producing perfume and baby clothes.

image by miqu77 via Shutterstock

For a short time during the 1990s Harley Davidson did just that. By over-extending their brand so dramatically, Harley Davidson were alienating their unconditionally loyal customers with products that did not match the Harley Davidson mythology of the freedom of the open road that the brand was built on.

When expanding into international markets, it seems fairly obvious that words and phrases mean different things around the world, including slang. An error brands have made time and again is not doing sufficient linguistic research into the country they are about to introduce their product to. This should include talking to a native speaker.

image by Maksim Kabakou via Shutterstock

In the 1980s a successful Finnish windshield washing company took their product to the US in an attempt to expand their market. Yet their innocently named cleaning agent, Super Piss, came a-cropper when it was discovered that the latter part of the name had a different meaning in American-English.

While in Finland pissapoika refers to the jets where the windshield fluid comes from, it meant something rather more crass to an amused American market.

Similarly when the dairy industry mastermind behind the famous slogan ‘Got Milk’ was taken to Spain, they neglected to translate the phrase for their new customers who read the slogan as, ‘Are You Lactating?’.

We all make mistakes, and as we have already seen even huge established brands can have costly lapses in judgement when they run in the wrong direction with a product. Sometimes companies or ideas fail because their product is outdated, or in the case of Harley Davidson they had simply ventured into unsuitable territory for their brand.

However, sometimes a branding faux pas can all be attributed to a bad idea, and bad market research. As some companies have learnt the hard (and very expensive) way, you can’t force a customer to buy a product they don’t want.

In 1998 the movie world learned the power the internet has over the cinema-going public, with films like Godzilla and the huge amount of money spent on its marketing campaign (which included recruiting P Diddy to rap through one of the most expensive promo videos of all time), proved ever more pointless with the release of the Blair Witch Project. The budget film reached unexpected levels of success with an even lower budget marketing campaign.

Each of these events did not play out as Sony had intended; rather they were aiming for a Star Wars mega-franchise that all started with big budget effects in the movie and was supported by an equally large marketing budget.

Unfortunately for Sony, the whole project was dramatically over-hyped with little focus on the end product, which was greeted with resounding disappointment, and overall negativity.

Branded as ‘Premier’ cigarettes and launched in 1988, shortly after passive smoking was officially recognised as a danger to health. The US company spent $325 million trialling smokeless cigarettes; the verdict –

‘Inhaling Premier required vacuum powered lungs, lighting it virtually required a blowtorch, and if successfully lit with a match, the sulphur reaction produced a smell and a flavour that left users retching.’– Reporter Magazine

In 1996 the company relaunched the product using coal to heat the tobacco, and thus creating less smoke; this failed again despite the new name ‘Eclipse’.

Smokeless cigarettes appealed to those who don’t like the smell of cigarettes; otherwise known as non-smokers who do not tend to buy cigarettes.

image by Maksim Kabakou via Shutterstock

Lessons all brands should take note of

Markets are in a constant state of flux, particularly those heavily reliant on fashion trends and technology.

The more successful a brand becomes the more it pigeon holes itself within the one market; McDonald’s, Coca Cola and Harley Davidson learnt this the hard way. It also makes it difficult for brands to adapt as the overall market changes and advances, it is important to innovate but not over-extend your brand, to anticipate trends but not to over-reach. 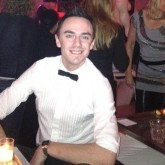 Kaylum is a digital content marketer for Cuckoo Design, an award-winning design, digital and brand agency in Salford, UK. Cuckoo has worked with some of the UK’s most respected businesses on branding and communications projects that are always that little bit different. As well as all things digital, Kaylum enjoys cooking and baking for friends (with varying degrees of success!).