Adding Constraints May Boost Your Creativity

In 2003, acclaimed filmmaker Lars Von Trier challenged his idol Jorgen Leth to recreate his 1967 masterpiece The Perfect Human. Not only was he to recreate one of his best films ever, but he was to do it five times, each time being limited with a new more challenging list of constraints than the time before. They documented this torturous challenge in a fantastic film entitled The Five Obstructions. In this film we see a man fighting with his surroundings, resources, and even his own creative limits to reach a goal through constraints that seem all but impossible to achieve. The result? Unbelievable resourcefulness and creativity – And six amazing films!

Now, just to get this out of the way, this post is NOT about how art has to be a struggle or torture or anything like that. All I’m saying is that it’s easy to look at the suffering part and ignore the amazing result. Constraints, restrictions, guidelines, whatever you call them – they tend to get a bad wrap; they’re always associated with negativity. It doesn’t have to be that way! There’s no rule stating that the process of applying constraints to achieve a higher quality of art has to be unpleasant. Constraints are, in my opinion, a secret weapon that we can use to give ourselves a little creative boost when we need to take things to the next level.

The Benefits of Constraints

Constraints offer up a lot of benefits. Most of you illustrators/designers are familiar with scenarios like this (especially as kids) – “Hey, you’re good at art! Draw me something!” Ok, what? “I don’t know…something awesome!” And at times, it doesn’t get much better in the professional world. Lets say the owner of a paper store comes to you and says, “I’d like you to help us rebrand and appeal to a younger audience” immediately followed by a blank look of expectancy. You’re thinking… geez, thanks for the direction…as you scramble to come up with something brilliant.

It’s easy in these moments to recognize the value of creative constraints. Boundaries help us decide how to start a design and determine where it’s appropriate to go from there. Adding constraints can narrow down a prompt and open your mind’s eye at the same time. For example a request can easily go from “appealing to a younger audience” and become “I want you to capture the attention of a younger audience passionate about do-it-yourself projects and who appreciate good design” simply by adding a few constraints; young, diy, and “good design”. Immediately, you have direction…or at least more than you did. Even though something like “good design” is about as relative as you can get, you can start to look at what’s popular on craft and diy blogs and get a sense for what that audience finds visually appealing, adding those sources to what’s already happening in your brain.

Constraints can also determine the style and technique we use. Every art form has it’s own set of rules that it follows, setting it apart from the rest. For instance, a sonnet consists of 14 lines written in iambic pentameter and must follow one of several standard rhyming schemes. These are the rules of the game when it comes to writing a sonnet. As a reader or critic you know a sonnet is good by how well it copes with these constraints. Whereas a writer will use the limitations of a sonnet to challenge themselves to greater poetic heights by channeling their inspiration into a difficult mold.

In design it can be a bit more difficult to practice this discipline since there are not a mere 3 rules to designing a website. However, we can grow and mature as artists and designers by systematically applying different sets of constraints on our own work, challenging ourselves to take our craft in new directions while providing instant direction to projects where there previously was little to none.

Here are a list of some fun constraints you might want to try out. Keep in mind that on a client project you need to fit your added constraints inside the ones they’ve already given you. But if the problem is that you don’t have much direction to start with, then that shouldn’t be too difficult.

Remember, the goal here is to boost creativity resulting in a better final product. So don’t torture yourself. If it’s not working, try something else. This can be really fun if you build your constraints around things you find interesting or that challenge you. The whole point of this is to help, not to harm. This may not be for everyone. No matter what your opinion though, I’d love to hear your thoughts in the comments below 🙂 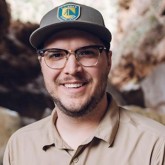