Designing logos can be a very difficult task.

When designing a logo, you want it to stand out from the crowd, yet still be really simple.

Sometimes the designer is really clever and makes the logo very simple, yet includes a hidden message within the logo that has a deeper meaning.

Some logos you will have seen before, and some may be completely new to you, but hopefully, you will enjoy them all.

The Amazon logo is an extremely simple logo and while the arrow may just look like a smile it actually points from a to z.

This represents that Amazon sells everything from a to z, and the smile on the customers face when they bought a product.

Goodwill. The one thrift store we all know and love.

When you look at the logo, you see it’s a person smiling, probably happy that they just donated their clothes or just copped an awesome find for a great deal!

Now look at the letter ‘g’ from ‘goodwill’.

You’ll see that same smiling person in the first letter of the logo!

At first glance, you might think LG’s logo may just be the winking face of a happy client.

You’ll see that in the winky face logo, there’s actually an L in the center, and the face is a G!

Super clever on their part.

Pinterest is one of my favorite social media apps out there.

It’s always full of great ideas and new trends that I can get inspired from, and then I can pin those images to one of my boards.

Anyway, to the untrained eye, you might just see the letter “P” in the logo.

But if you really pay close attention, you’ll see that the letter “P” is actually a pin.

Michael Deal, the co-designer of this logo said, “For most of the project, I had avoided making visual reference to the image of a pin because it seemed too literal. But the “P” started to lend itself too well to the shape of a map pin.”

Next up, we have Toyota.

This one is definitely one of the coolest of them all, and if it hasn’t received some kind of award already, well, it definitely deserves one.

If you didn’t already know, the Toyota logo has the entire word “Toyota” written in it!

Here’s a diagram to explain it better. 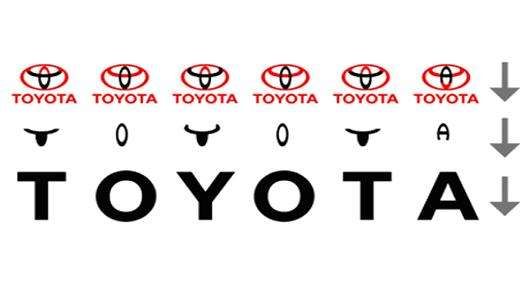 Isn’t that the coolest thing you’ve ever seen?

BMW just recently updated its logo and it looks amazing.

I wrote an entire piece about the new BMW logo because that’s how much I loved it.

But anyway, let’s talk about the hidden message here!

BMW’s logo is a tribute to the company’s history in aviation. 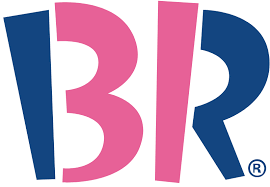 The Baskin Robbins logo may look like it includes a simple BR above the name. bBt if you take another look, you will that it includes a pink number 31. This is a reference to their original and iconic 31 flavors. 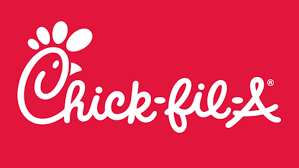 The Chick-fil-a logo incorporates a chicken into the C. Although this isn’t very hidden, it is still very clever.

The eighty20 logo is a bit of a geeky one to figure out, the two lines of squares represent a binary sequence with the blue squares being 1’s and the grey squares being 0’s.

The F1 logo is a fairly simple one to figure out. The negative space in the middle creates the 1.

If you didn’t already know Facebook Places, it is Facebook’s new geolocational product, which is in direct competition with the current leader in that area, Foursquare.

Now if you take another look at Facebook Places logo you will notice there is a 4 in a square.

Now is this a coincidence or is it a dig at Foursquare? 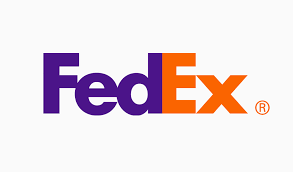 The FedEx logo looks like a plain, text-based logo.

But if you take a second look, between the E and the X, you will see an arrow, that represents the speed and accuracy of the company’s deliveries. 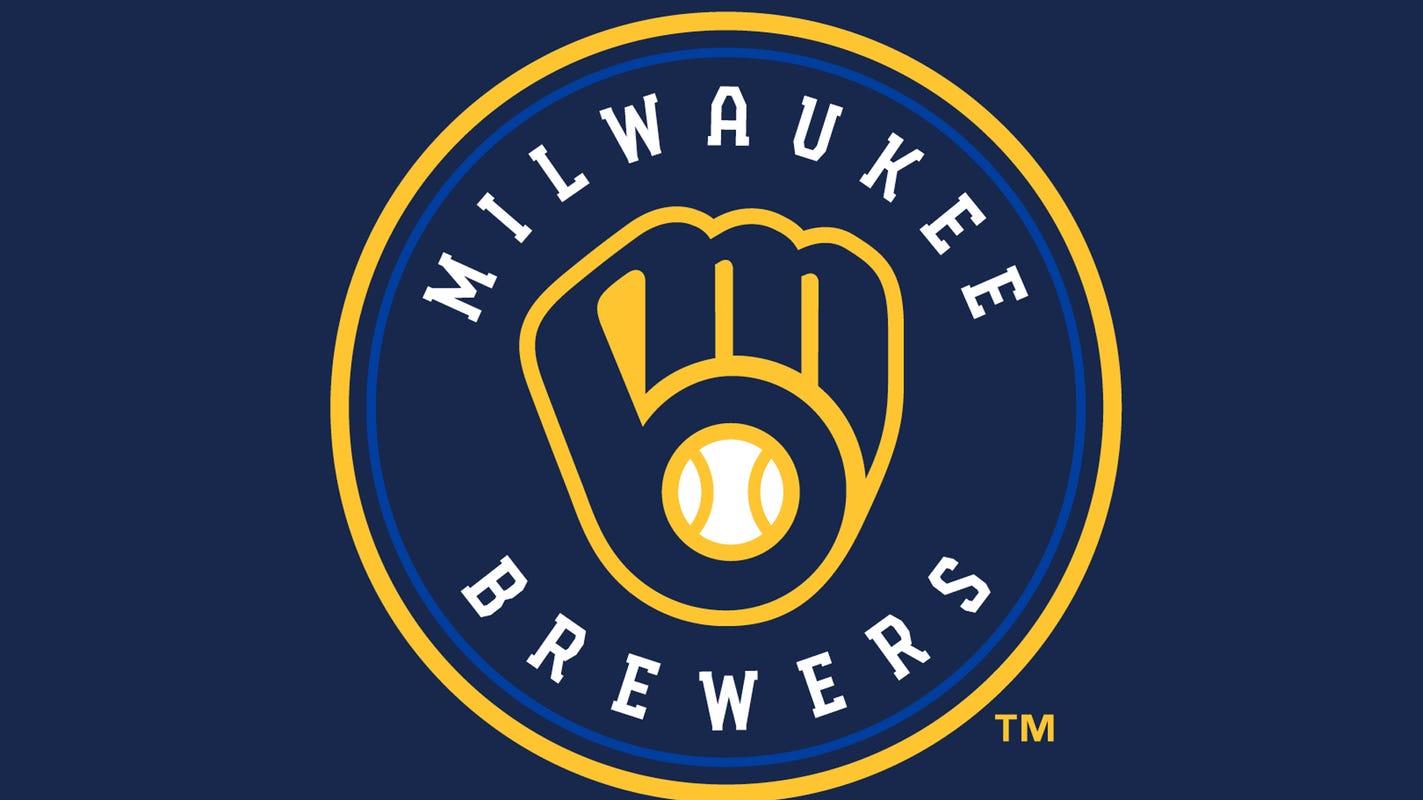 The old Milwaukee Brewers logo may look like a simple catchers mitt holding a ball, but if you take a second glance, you will see the team’s initials M and B. 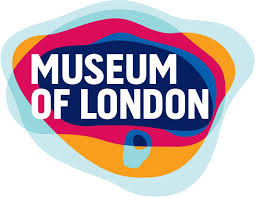 The Museum of London logo may look like a modern logo design, but it actually represents the geographic area of London as it as grew over time.

The NBC logo has a hidden peacock above the above text which is looking to the right.

This represents the companies motto to look forward and not back, and also that they are proud of the programs they broadcast. 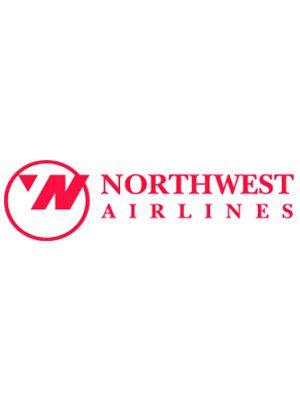 The old Northwest Airlines logo may look like a simple logo, but if you take a closer look, the symbol on the left actually represents both N and W and because it is enclosed within the circle it also represents a compass pointing northwest. 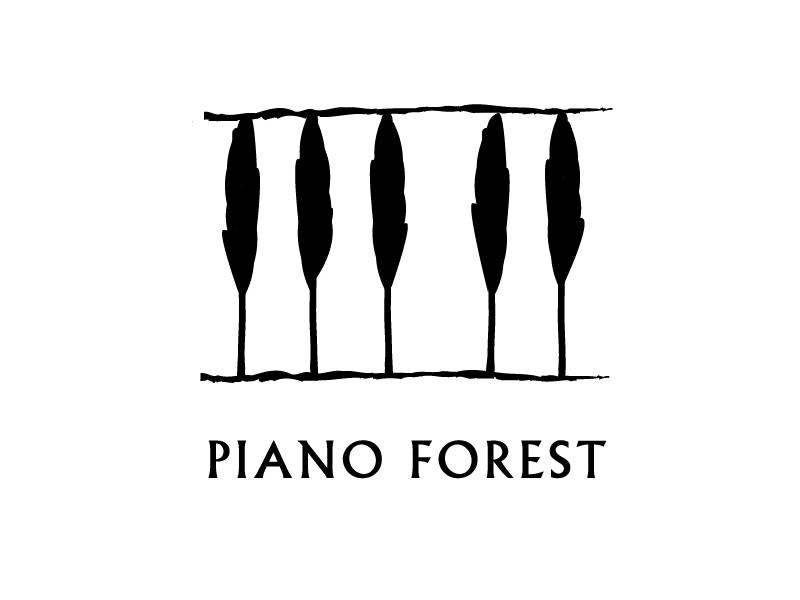 The Piano Forest logo may look like a simple text logo with trees above it, but if you take another look you will see that the trees actually represent keys on a piano.

The Toblerone logo contains the image of a bear hidden in the Matterhorn mountain, which is where Toblerone originally came from. 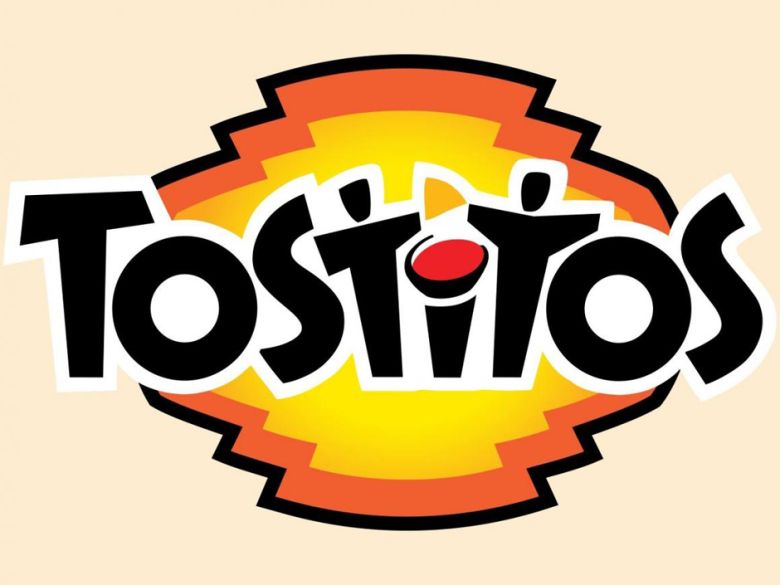 The Tostitos logo includes two people sharing a chip and a bowl of salsa, this conveys an idea of people connecting with each other over a bowl of chips. 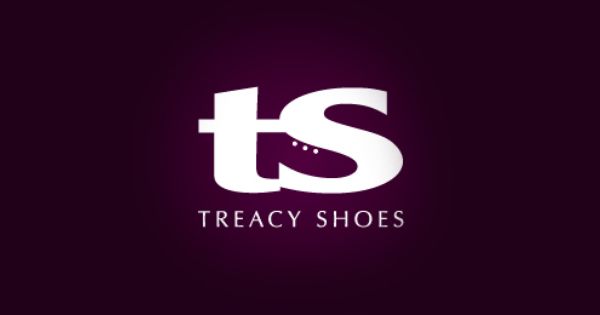 The Treacy Shoes logo is very cute logo with a shoe hidden between the t and s.

It can take weeks, months, and even years to come up with something mindblowing.

Other times, the idea comes to the forefront of your brain and you can see it clear as day.

Gather inspiration from these amazing logos with hidden messages and start making your own!

You could design the next big logo.

Did I miss any other big logos that have hidden messages within them?

Let me know in the comments! 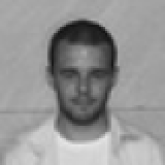 Thomas Hardy is a freelance web designer from Newcastle upon Tyne (UK), here is his portfolio. He founded Design-Heaven and Work-Killer, where he regularly blogs. You will also find him on Twitter and Facebook.