Responsive slideshows, compositions, and forms are finally here! Adobe Muse 2017.1 was released on August 22, 2017 with more responsive widgets, stability and performance improvements, and productivity improvements. The release notes can be found here:

If you are an avid Adobe Muse user you will know that these updates have been anticipated for quite some time. Since the release of breakpoints and fluid-width design we’ve all been waiting for these widgets to catch up with the new way of designing in Adobe Muse. Prior to this release slideshows, compositions, and forms were not able to respond to the browser width.

I created the video tutorial above to showcase the new updates and to show the power of responsive compositions within Adobe Muse.

The assets to re-build this website can be found at the following link: http://bit.ly/2xumluL 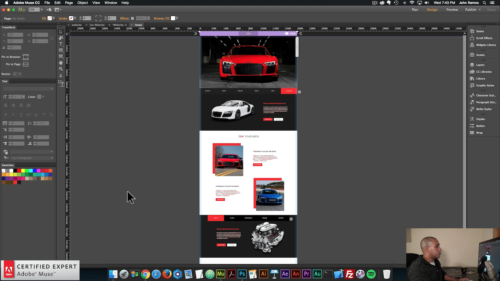 To create a responsive composition in Adobe Muse: